Todd's Commute on an Electric Bike

Electric bikes are a real thing, and Trek has come out with some exciting ones. Team Member Todd Church, rode one home on his regular commute. 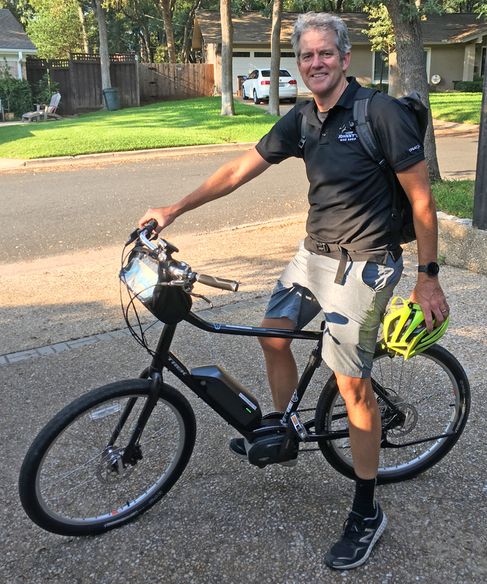 Todd, immediately upon arrival at home.

The Lift+ is an aluminum, flat bar bike with Shimano Deore 10-speed drive train and Shimano STePS motor drive. The tires are flat-resistant and narrow enough to be nimble but beefy enough to be rugged and aid in natural suspension for comfort. The motor system is in the bottom bracket, so the weight is low and centered. Same for the frame-mounted removable battery, which is on the downtube. The bike weighs in around 45 lbs, which is lighter than many comparable electrics.

"The bike is really comfortable, especially for commuting. It's an upright position, but the weight, wheels, and geometry gives it confidence and stability. It's not a beach cruiser."

The controls for the electric assist are on the left handlebar, so you don't have to ungrip to control. There are three settings: Eco, Normal, and High. The LED display shows mph, distance, time, and miles you can go at each setting.

Todd commutes by bike several times a week, so he is a pretty experienced study on the venture. And, for full disclosure, he is a pretty fit rider with good handling skills. That's just to say this isn't a "first timer" ride with all the variables included there.

"My commute home is approximately 9 miles. It's mostly a gradual uphill, with the final 1.7 miles being annoyingly inclined."

"I've never ridden any significant distance on an electric, so I didn't know anything about it. I began the ride from the shop in Eco mode at first. It's pretty flat in the city grid, so many stop signs and accelerations. The first mind-twisting thing I experienced was upon the first 'effort.' I took off from a stop sign, and expected the associated tension and stress. But instead, the bike just went faster, disproportionate to my effort. That's when I realized it was going to be fun."

"I rode about 80% of the ride in Normal mode, and maintained 14 mph while being able to hold a conversation and being pretty comfortable. I didn't push it—I didn't want a workout—rather, I wanted to see if I could make a bike commute a reasonable option that wouldn't wreck a person. I messed around with gearing, and I was surprised by the smooth shifting and the interaction between drivetrain and the motor. I found that spinning at a comfortable 90 RPM gave me the most of the assist. When I geared up and pushed hard, the returns diminished. Also, the assist ceases at 20 mph on the LIft+. The new Super Commuter goes to 28, which is pretty exciting."

"The real test is the 1.7 mile uphill at the end of my trip—in 90 degree heat. This is the part of my commute that no matter how easy I go prior to the climb, it's always an effort that's more like a training effort than a commute."

"I put it in High mode and steadily and comfortably cruised that incline without significant stress. That's where the bike is counterintuitive. Spinning up the hill was as easy as the effort on the flats. That's where I felt I got the real benefit, which is great for those of us dreading that uphill on our commute."

"I got home fresh and remarkably dry. I believe this bike, and ones like it, can be a realistic option anyone wanting to try alternative transit. It's a bike that's not just for a the hardcore cycling and alternative energy niche, but for anyone."

"Come into the shop and ride one of our electric assist bikes. You truly don't know how it feels like unless you do." 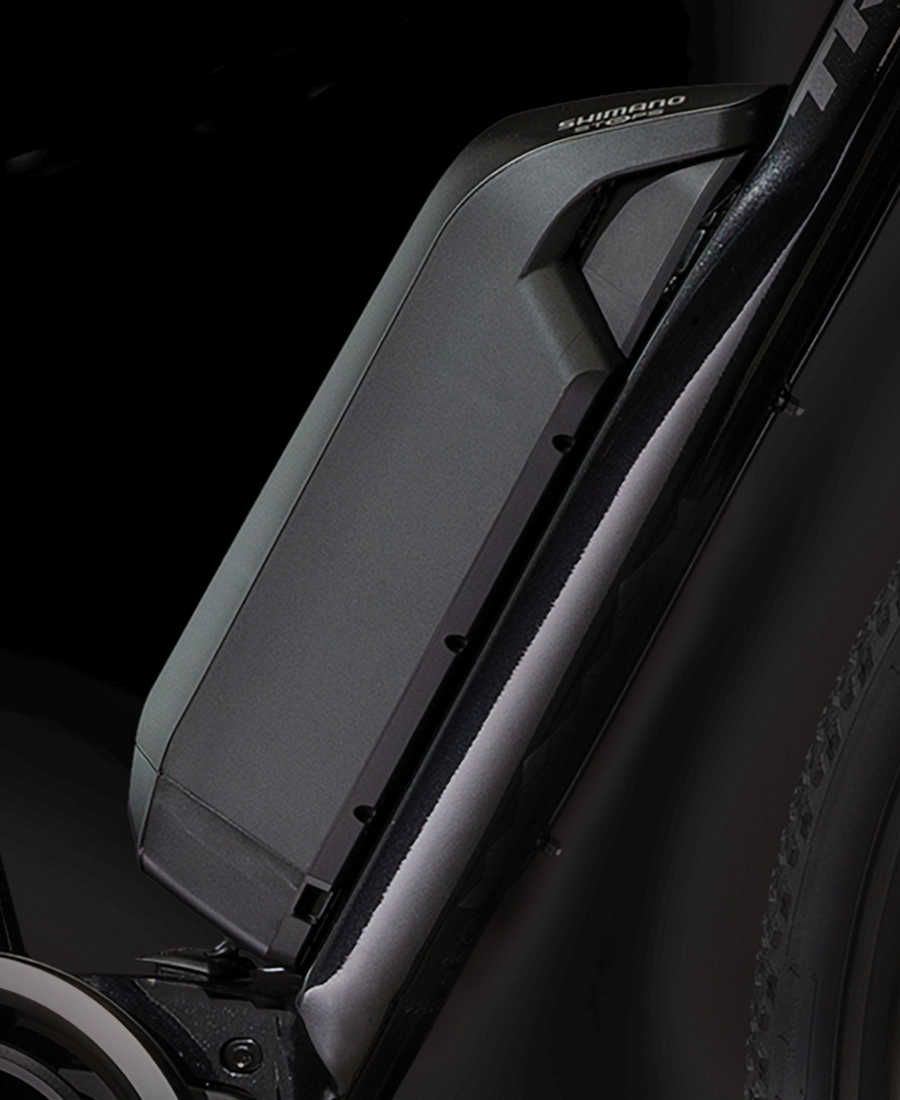 Downtube batter adds to the low, centered stability and is removable for charging. 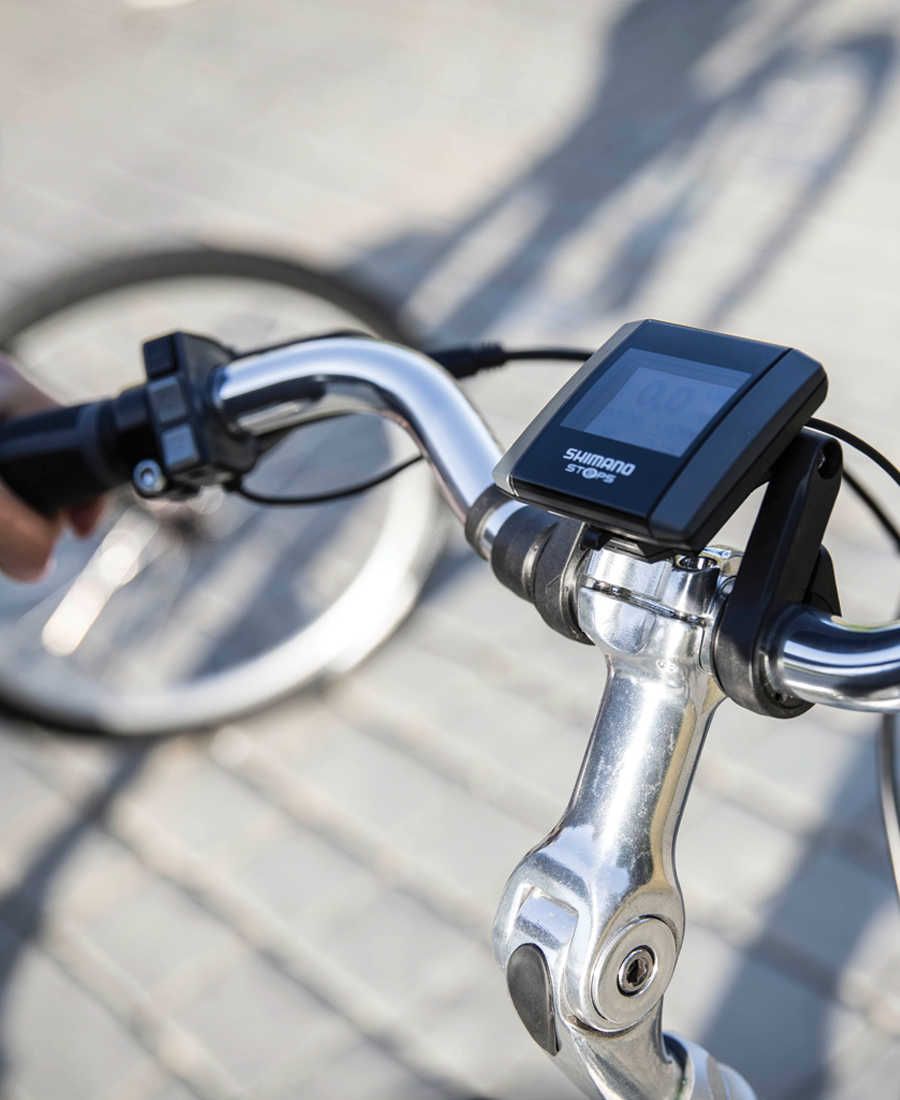 Intuitive controls are simple and accessible, making it easy to select the right mode and know what kind of energy you are using.